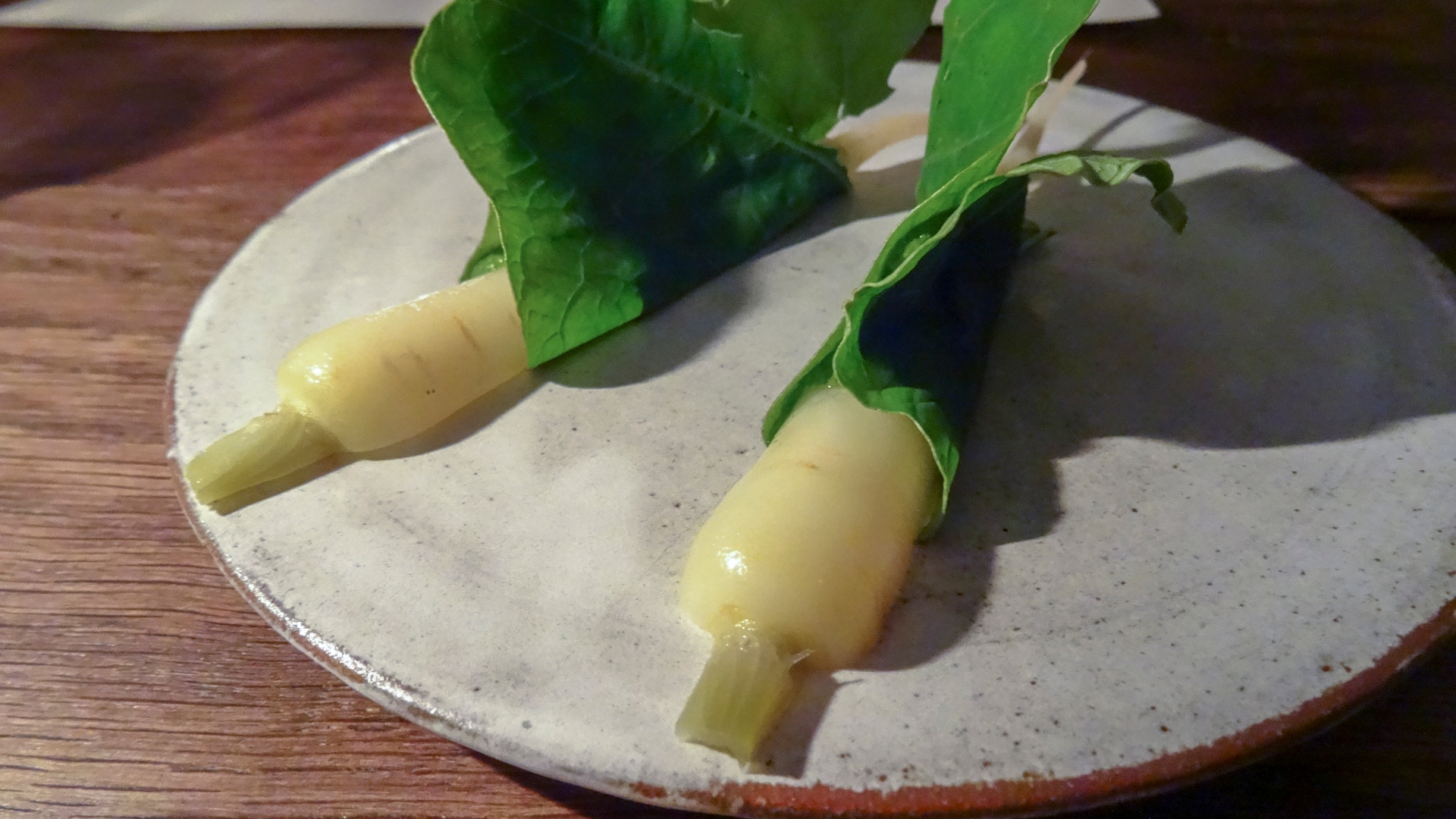 Mr Smith goes back to Mission in Bethnal Green, London, for dinner.

It had been a long week for Mr Smith so he was looking forward to getting back to Mission in Bethnal Green, with high expectations of some new exciting food.

The Mrs Smith was going to be the company for the evening and after a quick drink at the hotel they headed off to Mission.

Since the last visit they have moved some of the tables round and created a bit more space between them, this definitely made a positive difference.

The menu had already been studied, but there were a couple of changes to the one on the website.  The new style is one of a tasting menu of 5 courses.  Tasting menus are one of Mr Smith’s favourite things.  Very limited need to make decisions and it allows the chef to show off their skills.  The only choices to be made were whether to have an extra course or 2 and the decision on the main.

For once Mr Smith was showing restraint and did not order the extras, but the 5 dishes consumed were absolutely delicious and he did not need any more.

The first course was in fact 3 dishes: 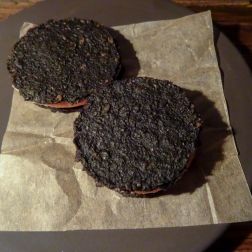 Next up came Raw Scallop with January King Cabbage.  This was incredible, the scallop just dissolved in the mouth.  Obviously something done to it even if not cooked, no way it could be that texture completely raw.

Then the Jerusalem Artichoke & Caramelised Yoghurt.  This was a flavour sensation, especially the yoghurt.  The taste of caramel and yoghurt together was stunning.  Mr Smith commented that he wished all vegetable dishes could taste like this.

After the only decision that had been required, the Salt Marsh Lamb, Sea Beet & Coco Beans arrived.  Before ordering Mr Smith had clarified what the coco beans were and to his relief they were not what he had expected.  The lamb was the tastiest lamb possible and so tender.  By this stage both Mr Smith & The Mrs Smith were totally loving the food.

Finally it was time for the Pumpkin Ice Cream, Honey Meringue & Chestnuts, a perfect conclusion to the meal. 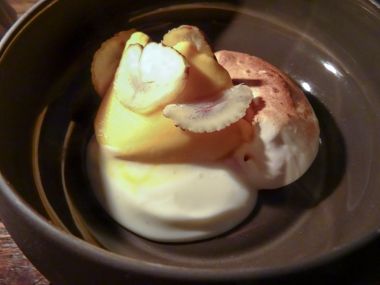 At this point there has been no mention of wine.  But in normal Mr Smith style he had asked for recommendations to go with each dish, which The Mrs Smith was equally happy to do.

Mary made recommendations that worked perfectly with each dish, the star of the show though was an Orange Wine, the Sauvginon Blanc ‘Green Dragonfly’ from Andreas Tscheppe.  An Austrian Orange wine that had so much complexity and is completely unique.  This was The Mrs Smith’s first ever Orange wine and she commented that it was the best thing she had ever had.

The other 2 orange ones were also tasted, outside of the pairings, and although nice the Sauvignon definitely won.  That is the problem with going straight in to the best, anything else then just falls a little short.  If they had been done first they would have rated very highly indeed.

So, has Mission remained at, improved or got worse with the introduction of the new chef and menu?  Definitely improved.  It was good before, but now even better.  Roll on future visits!